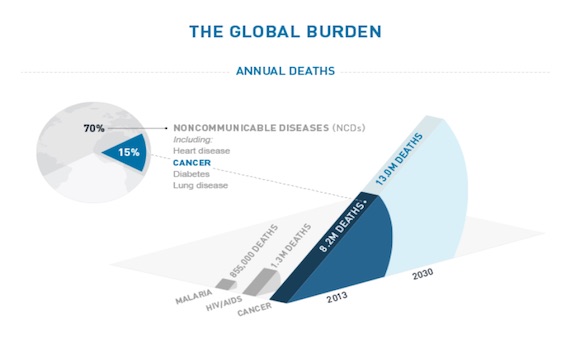 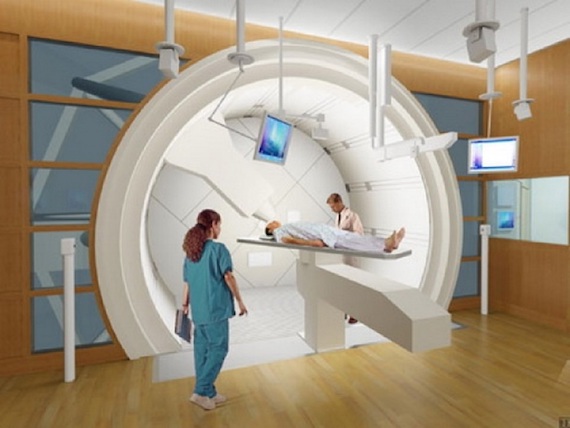 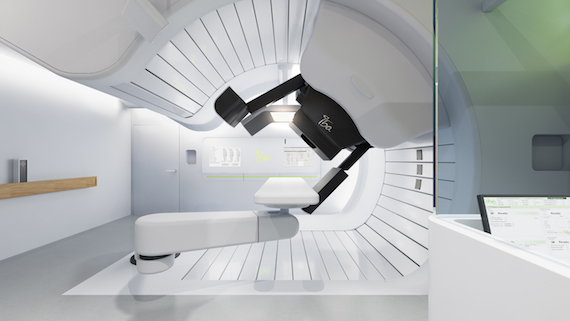 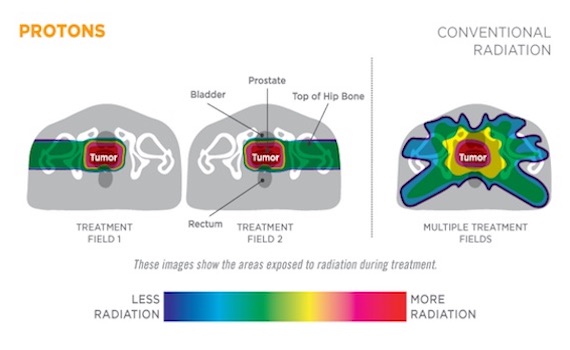 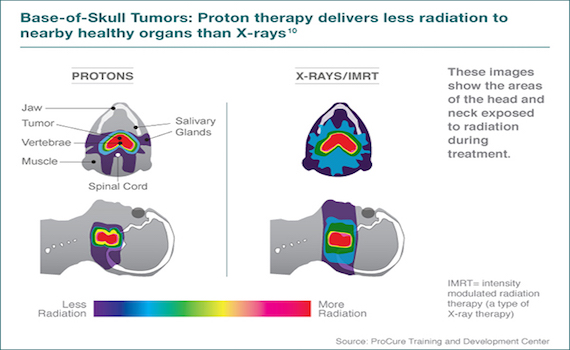 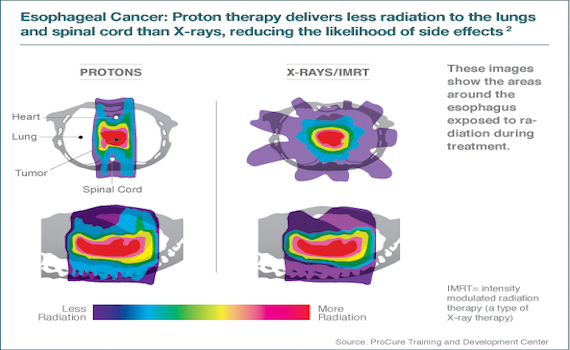 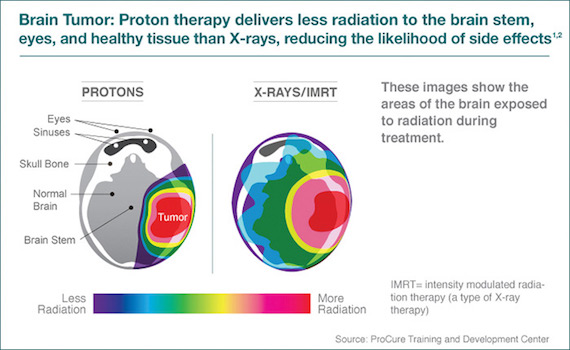 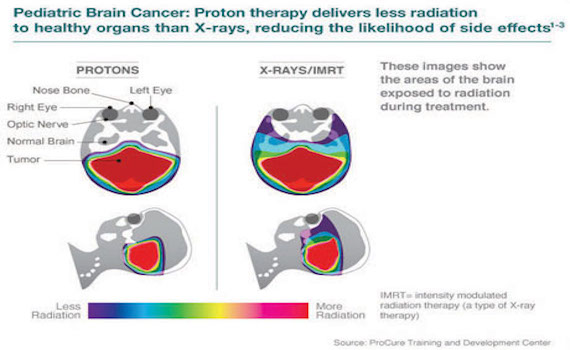 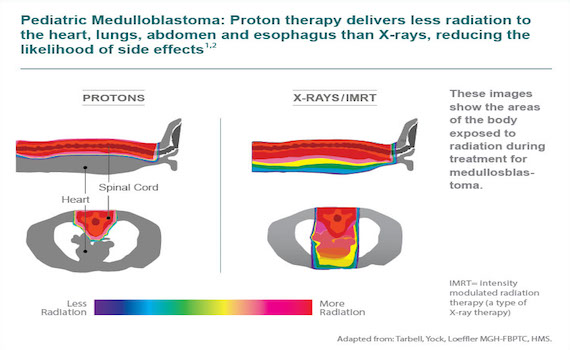 
Cancer constitutes a major challenge to development, undermining social and economic advances throughout the world. Approximately 38 million people worldwide die of non-communicable diseases (NCDs) every year, with more than 8.2 million of them dying from cancer. Projections indicate that by 2030 there will be more than 13.0 million deaths from cancer. (source: www.cancer.org)


Proton Therapy is the most technologically advanced method of treating solid, non-metastasised tumours. Many radiation oncologists and medical physicists believe that proton therapy represents the ideal treatment for solid tumours because the physics of proton therapy suggest that it can more effectively control localised cancer while decreasing treatment related side effects and morbidity. Unlike conventional radiation therapy, proton therapy can deliver a highly precise and direct dose of radiation energy to the target tissue (tumour) with minimal damage to the surrounding healthy tissue.


Proton energies are selected so that the vast majority of their destructive energy is deposited at a specific depth. Unlike x-rays, which pass completely through the body, protons go no further than the tumour, sparing everything behind it. More energy reaches the cancerous cells. Side effects caused by the irradiation of normal tissue in front of and behind the tumour are, while not completely eliminated, greatly reduced.


Proton therapy is a pinpoint accurate radiation treatment that delivers the exact dose of radiation needed to treat a tumour. Protons are charged energy particles that have a well-defined range of penetration. Because of its high radiation output at the tumour, doctors can deliver a precise and maximum dose of energy to the tumour. This increased dose improves a patient’s probability of a successful outcome and a higher tumour control rate. Proton beams can be contoured with a 3-D acrylic mould to conform to the exact shape of the tumour, enabling precise accuracy.

Proton therapy is based on the use of positively charged elementary particles of hydrogen atom nuclei – namely protons, that have a weight much higher than that of electrons.

Protons are accelerated in a cyclotron to a speed equal to approximately half the speed of light. This also determines their energy, which reaches up to 230 MeV (mega-electron volts) and enables them to damage tumours up to a depth of approximately 30 cm. The protons are targeted with a strong magnetic field into a very narrow beam (a “pencil beam”) and transferred with a high degree of accuracy via a 3D image to the malignant tumour. Energy is released during deceleration in the tumour tissue with subsequent ionisation and damage to the DNA of the affected cell. If the damage is sufficient, the cell stops dividing (and growing) or dies immediately.


The main benefit of the proton beam is the fact that the absolute greatest part of its energy is transferred to the area of the so-called 'Bragg peak', i.e. directly to the tumour, where it has maximum destructive effect. The beam of accelerated particles has a high energy level and is very accurately targeted. Most of the energy is transferred solely to tumour tissue. In comparison with current irradiation procedures, it saves healthy tissue in front of the tumour and it does not damage healthy tissue behind the tumour.


These physical properties of the proton beam (low entry dose, maximal dose of energy at the required depth and a zero exit dose) enable extremely precise modulation of dose distribution inside the patient's body and represent the main advantage of proton radiotherapy. Due to this feature it is possible to increase the dose directed at the tumour to a level above that which could be achieved using common, conventional techniques and at the same time reduces the dose to surrounding tissues that are sensitive to the harmful effects of radiation.

Komo Ventures has entered into a Business Cooperation Agreement to introduce new all-inclusive ‘Proton Therapy’ (PT) centres into Australia. The new PT centres can be ‘Green Field’ or retrofitting of existing Radiation Therapy (RT) centres, as the footprint is similar to regular RT rooms. The proton system can treat 500+ patients annually with a manpower team of just 3-5.


The first site for deployment has already been identified.


Komo Ventures is currently integrating numerous technologies into a medical/health related entity that will ultimately be vended into a Public Listed Company. We are active in the Medical/Health sectors with prime focus on Proton Therapy, teleRadiology, teleHealth, teleMonitoring, Medical Content and Medical Desktop. These aggregated entities and technologies include the structuring of business operations and initiatives to provide comprehensive products and services in the Global Medical/Health market.


Our prime objectives are to maximise existing revenue streams while cost-effectively creating new profitable service opportunities. Our experience has centred on:

As a leader of change and innovation Komo Ventures has introduced technology and services, into a global marketplace, for over 30 years.


Komo Ventures has either directly developed products or represented many of the global leaders.